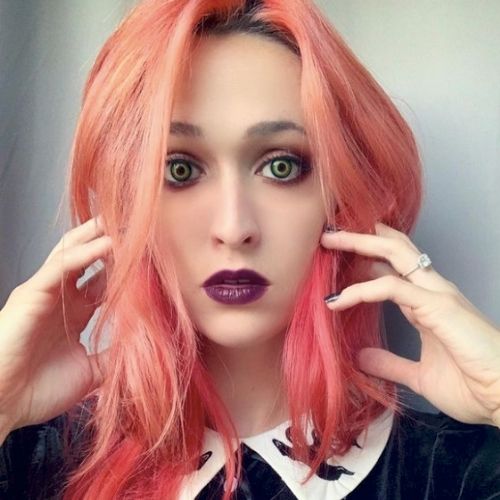 Increasingly popular among Korean makeup influencers like PONY Syndrome, Risabae, SSIN, and Jennifer Kim as well as K-pop idols like BTS and Blackpink, the circle lenses trend has even spilled over into the United States. For example, Niki Minaj and Hayden Panetiere are both frequent wearers, as too is Lady Gaga who wore green circle lenses, similar to our green dolly eye contacts, in her Bad Romance music video (2009).

The Best Circle Lenses For Cosplayers

Korean makeup and K-pop aside, circle lenses are also a big hit with cosplayers who increasingly obsess over creating the most authentic representations of their favorite characters, doll-like eyes included. Used prolifically in anime and manga characters, these oversized eyes result from the influence of pioneering manga artists such as Osamy Tezuka, creator of Astroboy, as well as the popularity of western-style dolls among Japanese girls and women.

To meet this demand, we’ve developed our extensive range of colored circle contact lenses to ensure we have designs that can be used to replicate the doll-like eyes of some of the world’s most cosplayed big-eyed characters. For example, our aforementioned green dolly eye contacts are ideal for replicating the eyes of My Hero Academia’s Izuku Midoriya and our pink contacts for the eyes of Nezuko Kamado from Demon Slayer: Kimetsu no Yaiba to name just a few. We even stock more generic designs such as our black manga contacts which are available with either a thick red, blue or green limbal ring.

Manufactured in the UK, our stunning range of disposable and reusable circle lenses are fully compliant with the EU Cosmetics Directive. Made of 62% Polymacon, they also contain 38% water to ensure maximum comfort and durability. Best of all, they have a recommended wear time of up to eight consecutive hours, which makes them great for prolonged in-character sessions at comic conventions, for example.